The Cthulhu campaign released a document showing that he fulfills the citizenship requirement to hold the office of President of the United States.

WASHINGTON, DC — The Cthulhu campaign released a document showing that he fulfills the citizenship requirement to hold the office of President of the United States.

The 192-year-old document shows that President John Quincy Adams himself ordered that “the astral fiend Ktulu” be made a naturalized citizen. The Cthulhu campaign hopes this will put to rest the rumors that Cthulhu is ineligible to run for office.

According to cult lore, John Quincy Adams was approached by cult members to attend a dinner in Arkham, Massachusetts, on Walpurgisnacht. After the feast, President Adams was treated to a ceremony where Cthulhu was summoned. The great and terrible image gave six visions of the past and future of America to the president. Shaken, Adams dictated and signed naturalization papers, admitting Cthulhu as a citizen of the United States.

The document was held in private hands until a prohibition raid in 1925. The paper was deemed stolen property of the United States Government and placed in possession of the Library of Congress and the U.S. Office of Foreign Arts.

The Cthulhu campaign did not comment on how the naturalization paper returned to their custody. The Library of Congress has referred the matter to the FBI and refused to comment on an open investigation.

Despite age and fire damage, the text reads:

Be it remembered that on this 30th day of April in the year of our Lord, one thousand eight hundred and twenty four, the astral fiend Ktulu who at present of the deep lands known as Rilyeh appeared frightfully before me to be admitted to become a Citizen of the United States of America.

Thereupon it was ordered by my hand that Ktulu, having shewn such evidence of works within our borders as to cast doubt upon our divine providence upon these shores, be admitted to be a Citizen of the United States of America.

In Testimony Whereof,this 30th day of April in the 49th year of Independence of the United States, 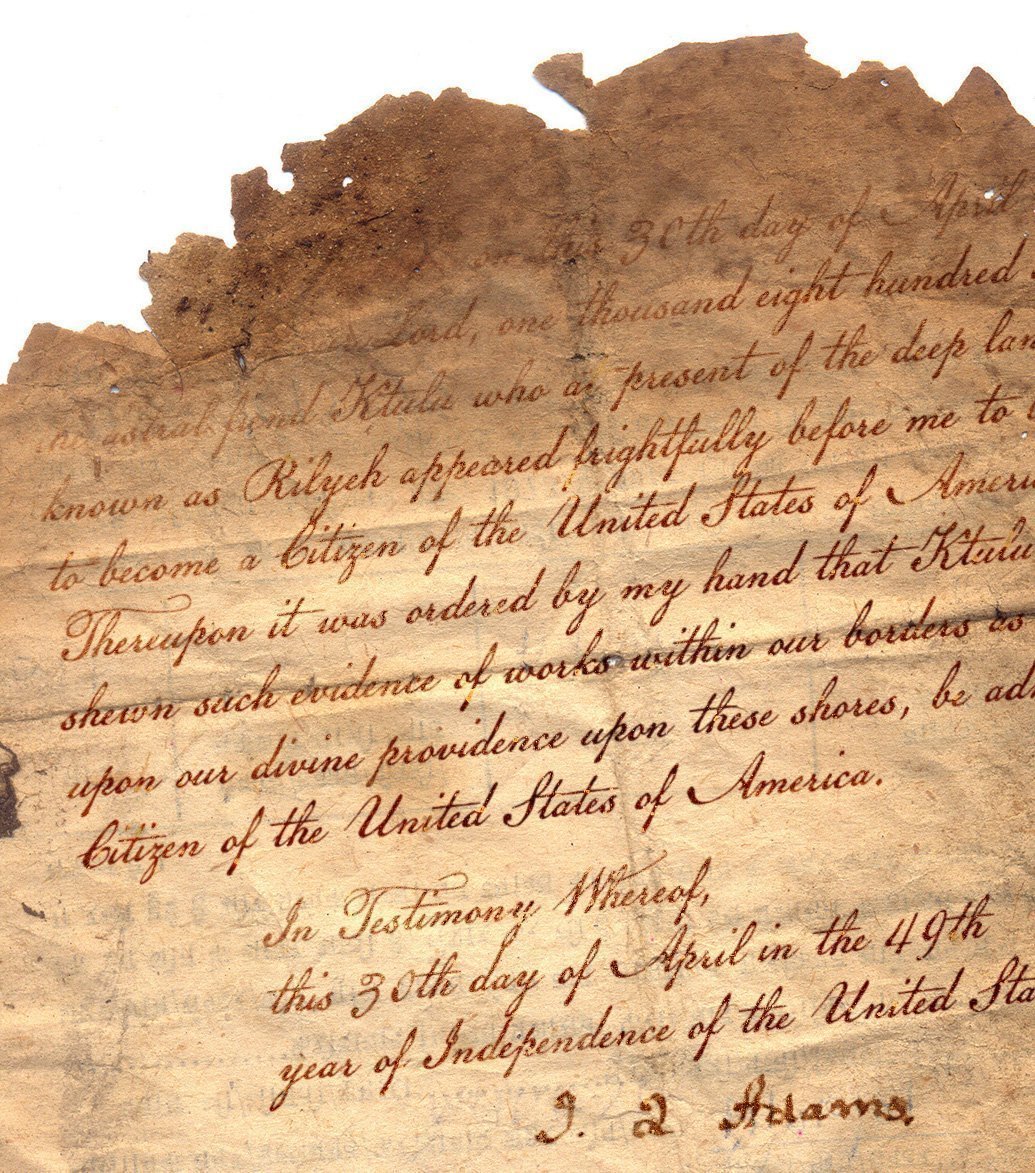 While the Constitution states, without further explanation, that the president must be a “natural-born” citizen. According to Professor Hugo Conte at the Kissinger School of Foreign and Public Affairs at Miskatonic State University, the natural born status would not apply in Cthulhu’s case. Those born prior to the adoption of the Constitution were held exempt for obvious reasons.

“In Cthulhu’s case, the wording of the document can be interpreted to mean that Cthulhu held some kind of residency in the colonies prior to the Constitution’s adoption,” said Professor Conte.

“It’s not a requirement that is strictly upheld anymore as the political parties shield their own. We almost had a Canadian president with Ted Cruz!”

The revelation comes on the heels of a resurgence in the other “birther” argument between Cthulhu opponents Donald Trump and Hillary Clinton. The questioning of President Obama’s place of birth was started by Hillary operative and confidant Sidney Blumenthal, yet it was Donald Trump who used the controversy to raise his political cachet with conservative voters.

As the election heats up, and both candidates begin training their sights on wayward voters heading for third parties, the subject of Cthulhu’s citizenship appears to now be off the table for Republicans and Democrats.