Cthulhu and his followers certainly had a raucous time given the amount of flute playing and shouting echoing across the surrounding hills.

The Cthulhu for America Campaign gave exclusive access to Kingsport Star Herald reporter Cassandra Plourde to our nationwide Saturnalia tour promoting a return to the tradition of the Old Ways. You can find the other entries here: Part 1 – Part 2 – Part 3 – Part 4 – Part 5 – Part 6 – Part 7

AUSTIN, TEXAS — Despite being the target of a brutal Christian Militia attack last night, the Cthulhu campaign landed in Austin, Texas, with only their usual entourage.

“No, the Secret Service did not offer us their services, even though we are the only presidential campaign to come under violent attack. I think you can take that as evidence that the national government is only interested in perpetuating the two-party system,” said campaign manager Eminence Waite.

“But we wouldn’t take it even if offered. We welcome the opportunity to discuss issues with voters either through open debate or razor sharp claws.”

The next stop on Cthulhu’s nationwide tour promoting the resurgence of Saturnalia, was on a private ranch on the Devil’s Backbone deep in the Hill Country outside Austin.

Doretha Weissmuller was tonight’s host. A long-time mover in state politics on the Republican side, she defected this year to back Cthulhu for the presidency. “You take one look at every single person salivating at the chance to sit in the White House and you have to just shake your head. They’re a bunch of idiots. Every one of them.”

“We’re at the point where we need to wipe the slate clean and if anyone is going to do it — it’s Cthulhu.” 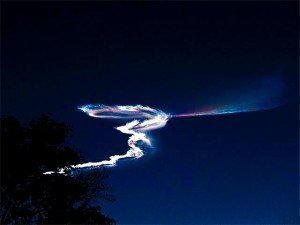 We were taken to a scrubby clearing beneath the hill where the event was to take place. Cthulhu delivered his stump speech to rally the few hundred gathered on this unusually warm night. Press was forbidden to ascend the hill or attend the festivities but were allowed to stay in the clearing and enjoy the remains of the Bar-B-Q and open bar.

Cthulhu and his followers certainly had a raucous time given the amount of flute playing and shouting echoing across the surrounding hills. Around 1 am, as the party seemed to be dying down, the most magnificent laser light and fireworks show began. It lasted for 30 minutes and was nothing like I’d seen before. Near the end something seemed to have gone awry with the show as there were a lot of frightened screams followed by a loud, terrible boom.

I was assured on the way back to the city that everything was fine and no one was hurt. As we bumped along the dirt road out of the ranch I turned to look at the hill and large shapes that must have been heavy machinery used to pull off that light show rolled down the hillside.