Cthulhu strikes back at Clinton Campaign with nobarriers2016.com buy

Cthulhu for America snatched nobarriers2016.com from under the nose of a new propaganda group formed by the Clinton campaign.

Cthulhu strikes back at Clinton Campaign with nobarriers2016.com buy

KINGSPORT, Mass. – APRIL 21, 2016 – Cthulhu for America snatched nobarriers2016.com from under the nose of a new propaganda group formed by the Clinton SuperPAC Correct the Record. The Cthulhu campaign’s bold move is a message to His competitors to expect an aggressive response in the upcoming general election.

The Correct the Record SuperPAC, exploiting a loophole in campaign finance law, is coordinating with the Clinton campaign with a $1 million investment in online spam and trolling. Called Breaking Barriers 2016 (also known on Twitter as @nobarriers2016), the mercenary outfit is using a strategy of harassment and intimidation to silence their critics and opponents.

“The bulk of their budget is dedicated to crushing her primary opponent and his followers. However, we have already been subject to nonsense attacks by her campaign,” explained Eminence Waite, campaign manager for Cthulhu.

Cthulhu for America will “hit back harder and with intelligence” to online and offline attacks. Ms. Waite also described the head of Correct the Record, David Brock, as a “thuggish propagandist.” She was quick to suggest that if he ever wanted to graduate from the kiddie pool the candidate of True Evil would welcome him to the cult with open tentacles.

The Real Barrier Breakers 2016 project, under the direction of the Cthulhu for America in direct coordination with Rite to Arise PAC, will engage in online messaging both for Dread Cthulhu and to push back against attackers on social media platforms like Twitter, Facebook, Reddit, and Instagram. 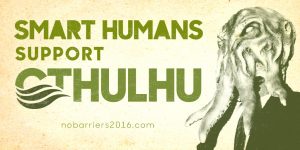 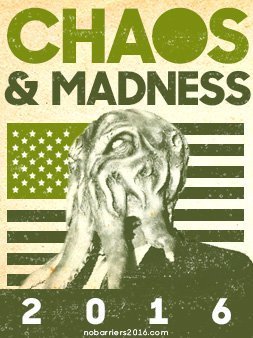