Cthulhu kicked his campaign into high gear today criticizing Bush and Trump for not going far enough in their plans dealing with anchor babies.

DOS RIOS, TEXAS – Cthulhu kicked his campaign into high gear today by criticizing the Bush and Trump campaigns for not going far enough in their plans dealing with anchor babies.

“It’s obvious to everyone that Trump and Bush are not willing to commit to solving what some call ‘birth tourism,'” said Cthulhu’s Press Secretary Samir al-Azrad. “Our campaign finds their all-too-typical waffling as offensive to hard-working Americans. It is our hope that the simple guide we’ve released will help people choose Cthulhu for their evil of choice as President.”

When asked if Cthulhu is finding it more difficult to campaign against this year’s crowded field, al-Azrad was quick to reply in the negative.

“Are candidates today more willing to expose their id to potential voters? Yes. Does the extremism concern us? Not at all. We are confident that, at the end of the day, Cthulhu represents the best — most pure — evil candidate for the presidency. No one wants to back a person who lacks the confidence and conviction to say what they believe… coherently.”

Returning to the topic of anchor babies, al-Azrad said that Bush and Trump’s unwillingness to speak honestly is just another sign the entire bipartisan political system is a lie. 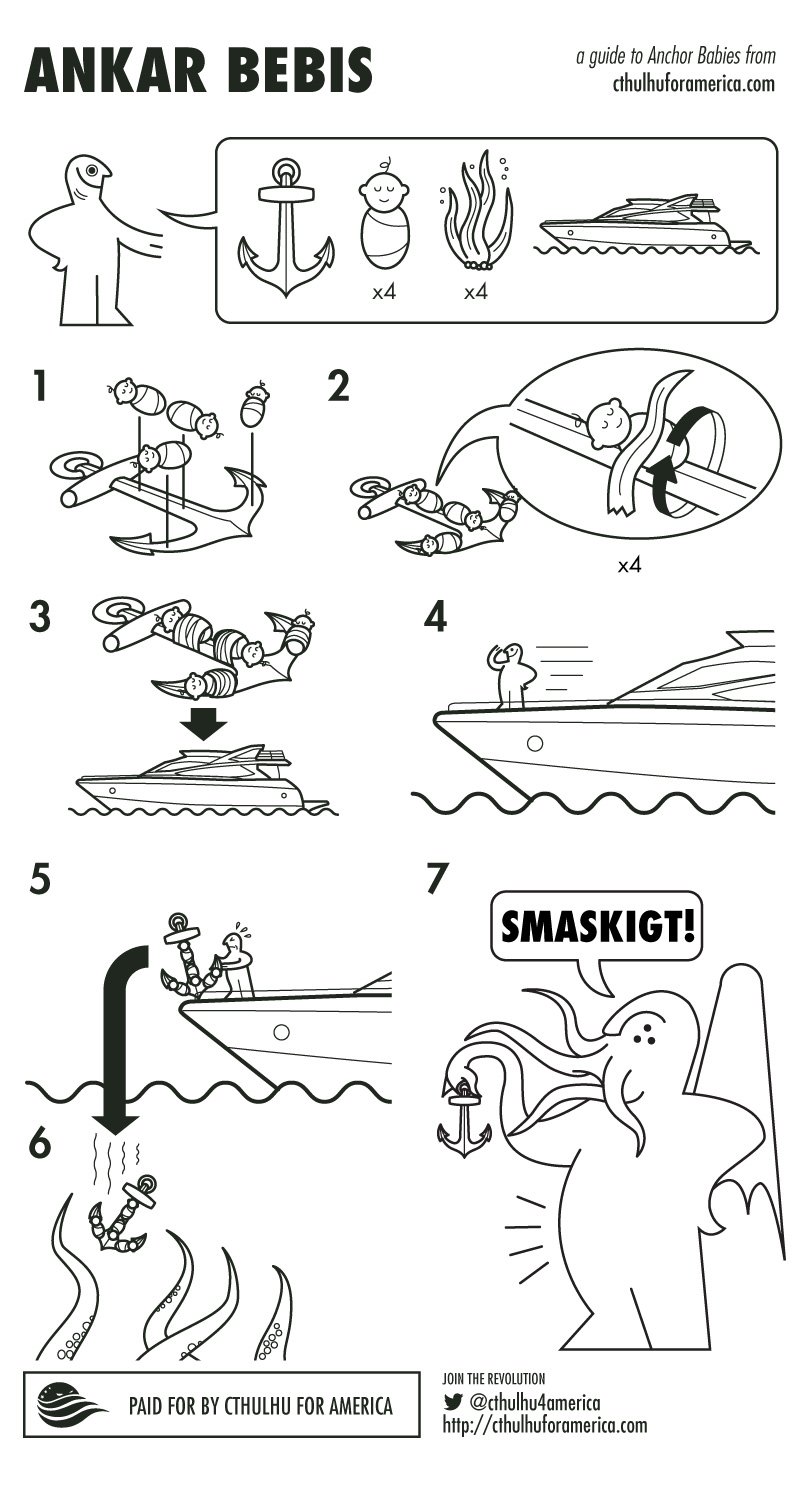