What began as a political campaign holiday party has ended in bloodshed and a manhunt.

The Cthulhu for America Campaign gave exclusive access to Kingsport Star Herald reporter Cassandra Plourde to our nationwide Saturnalia tour promoting a return to the tradition of the Old Ways. You can find the other entries here: Part 1 – Part 2 – Part 3 – Part 4 – Part 5 – Part 6 – Part 7

JUPITER, FLORIDA — What began as a political campaign holiday party has ended in bloodshed and a manhunt.

The Cthulhu campaign’s third Saturnalia event, held at a Jupiter, Florida, mansion, was attacked by religious extremists. Nine fatalities and 6 injured have been confirmed by local authorities. 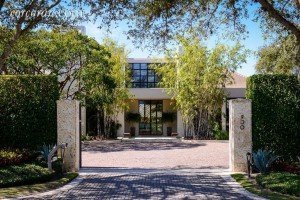 County sheriff Sergio Davis held a press conference on the event. The incident occurred at the residence of Robert M. Patel (long rumored to have made his fortune smuggling historic artifacts). Guests began arriving at the Saturnalia celebration at 9:00 pm. The event proceedings began at 11:00 pm.

Upon entering the mansion, the militia group apparently ran afoul of the mansion’s guard dogs. The mangled bodies of nine members of Silver Cross Militia were recovered by law enforcement.

Two Silver Cross Militia members escaped before law enforcement arrived and warrants for their arrest have been issued. Suspects have been identified as Farrah K. Brown and Jason Cook. They are considered armed and dangerous. Contact the sheriff’s office if you have information leading to their capture.

All guests at the event were unharmed and were released by investigators to continue their celebration at another location.

The Cthulhu campaign’s next event is scheduled for tonight in Austin, Texas.

UPDATE (12/21/15 9:25am)
The bodies of Farrah Brown and Jason Cook have been found. Police say it appears they were pushed out of a plane. However, no commercial or private flights had been recorded in the area at the time of death.